For many years, they are on everybody’s lips and many brands have already shifted their focus from star influencers with millions of followers to these smaller influencers. In this blog post, you’ll learn what’s behind this trend, what the benefits of a cooperation with micro-influencers are and what you need to consider when working with them.

What is a micro-influencer?

In terms of Instagram, micro-influencers are defined as profiles with 10.000 to 50.000 followers. They distinguish themselves through their close relationship with their followers and a high interaction rate. In contrast to bigger influencers, they don’t perceive their followers as such but as their community. The difference hereby is that not only the influencers share their tips and opinions about something and determine their content. Instead, the micro-influencer often asks explicitly which content the followers want to see more, or also which Spotify playlists they can recommend and what they think about his or her new outfit. This creates a sense of trust among the followers, which goes hand in hand with their loyalty and engagement. It is also an explanation for the high interaction rates compared to bigger influencers. In general, those can’t create the same proximity because the followers can’t identify with them in the same way – they are more unreachable. Since micro-influencers give the feeling of being the girl or guy next door, they often seem more credible and authentic. Most times, micro-influencers are specialised in a certain niche (fashion yoga, video games or books, for example), where they can offer expert knowledge. 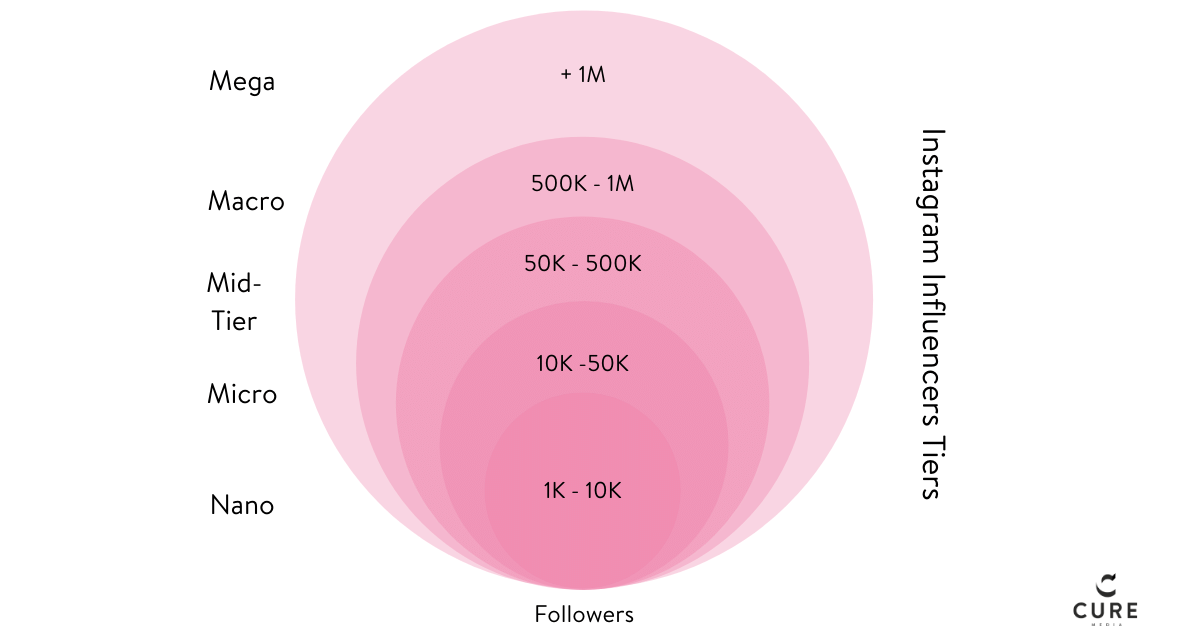 3 benefits of working with a micro-influencer

1. They really reach your target group

The amount of followers is not the most important factor. In most cases, the engagement rate decreases when the reach increases. In reverse, this means that a cooperation with an influencer who is strong in reach can be less successful than one with an influencer who is strong in engagement but has a lower reach. It’s comparable with an outdoor advertising space: not everybody passing it really takes note of it – and if, this person might forget it within the next two minutes, or the message is not at all relevant to him or her. Micro-influencers can help your brand to actually reach your target audience – in a relevant way.

2. They can boost your credibility and authenticity

As mentioned before, many micro-influencers enjoy a high level of credibility and authenticity. A collaboration with such an influencer can, therefore, boost the credibility and authenticity of your brand as well. The prerequisite for this is, that your brand and the influencers match.
The credibility of a micro-influencer is expressed by the fact that he or she generally does a fair amount of advertisement on his or her profile – and when so, they are really convinced of the product or service. Their followers know that and take their recommendations seriously. Additionally, less promotional content on a profile means higher visibility for your advertisement. The most positive factor hereby is that your advertisement is not perceived as “disturbing”, because micro-influencers are masters of content creation and are able to package your marketing message in a way that it integrates itself organically in the influencer’s profile and the follower’s feed.

3 things, you need to consider when working with micro-influencers

To profit from the benefits of micro-influencers, you need to consider three concrete things.

1. There has to be a brand fit

If your brand and the influencer don’t match, the mentioned benefits will be lost. Therefore, concentrate on finding micro-influencers in your brand’s niche. The acquisition of those small influencers can take a lot of time as they are not as visible and well-known as mega influencers – so you have to dig a little. So-called influencer searching machines or an influencer marketing agency can assist you with that.

Always keep in mind that all of the above isn’t valid for every single micro-influencer. Today, you can buy thousands of followers with just a few clicks. If the followers of an influencer are real or fake can mostly only be detected with advanced analysis tools. So invest in such a tool – or in professional help – to make sure that you collaborate with the right influencers, that actually reach your target group.

3. Micro-influencers are no amateurs

If you take all this to heart, there is nothing to stop your next micro-influencer activation from being a success! And, if you’re a bit unsure about how it all works, you can always contact a micro-influencer marketing agency.

Frida is the Social Media Manager at Cure Media and she’s passionate about sports and everything that is a competition. When not creating content for our social media platforms or planning events, you can find her on the football field or playing paddle.